If you are still reeling from a case of royal fever since the Royal Platinum Jubilee, check out the things you must see at Buckingham Palace. Let’s grab a teacup, pinky, and feast our eyes on magnificent palaces for a royal travel fix. Revel in the rich history, architectural marvels, and grandeur of the most famous royal residences in the world!

Buckingham Palace and 4 Other Royal Palaces Around The World 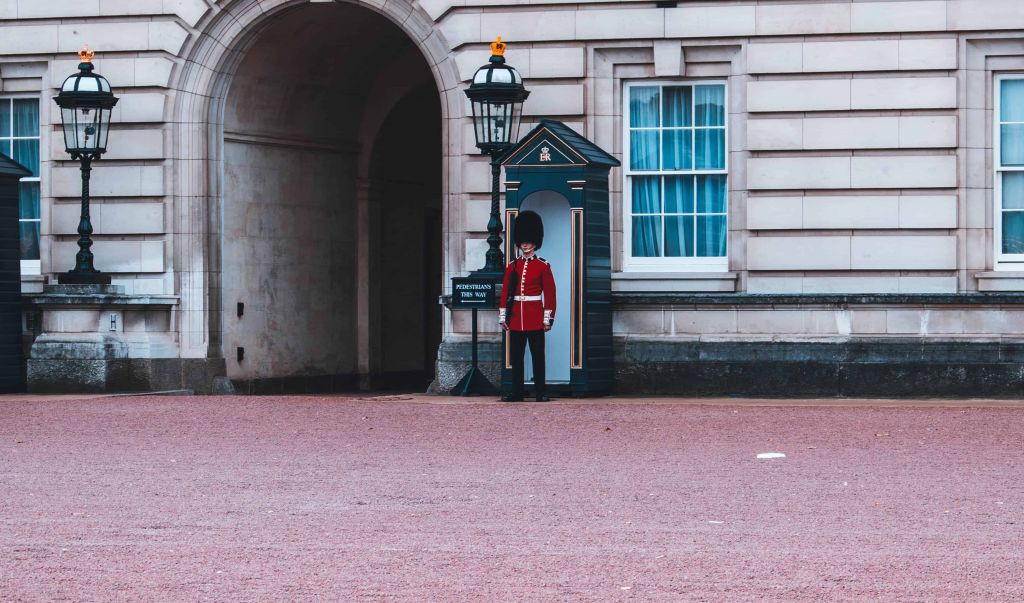 A soldier dressed in a red uniform and bearskin hat, part of the Queen’s Guard of the Buckingham Palace. | Credit: Romeo via pexels.com

The pride of Britain and its most iconic tourist attraction is the majestic Buckingham Palace. Historically, the land on which Buckingham Palace and the Palace Garden stand now was once a mulberry plantation to rear silkworms in the 17th century. During the reign of Queen Victoria, the residence popularly known as “Buck House” underwent various renovations.

Today, the Palace has 775 rooms, including 19 State Rooms open to the public. The Queen and members of the Royal Family often attend to guests at these State Rooms for grand official ceremonies. Among the highlights right outside and within the Palace include:

The gilded interior of the Hall of Mirrors, the famous gallery at the Palace of Versailles. | Credit: expedia.com.my

Located about an hour from Paris, the Palace of Versailles is the epitome of French luxury and regal history. Once a hunting lodge, it became the official residence of French royalty for over a century until the French Revolution. To a large extent, King Louis II was responsible for the royal residence’s fascinating architecture as it stands today. Among the popular areas around and in the Palace include:

The Forbidden City in Beijing, China, is a UNESCO World Heritage Site with over 10,000 Chinese relics. | Credit: expedia.com

The Forbidden City, also famously known as The Palace Museum, holds over 3,000 years of history and is the world’s largest imperial palace. Home to 24 Chinese Ming and Qing emperors for several generations, the rectangular-shaped Palace is guarded by a 10-metre-high city wall as the public was once forbidden from entering the Palace, as its name suggests.

A view of the Winter Palace, the official residence of the Russian Tsars for centuries in St. Petersburg. | Credit: Max Avans via pexels.com

At the heart of the coastal city of St. Petersburg lies the Winter Palace, a massive imperial palace once home to the Russian Tsars from 1732 to 1917. Many significant historical figures like Empress Anna, Catherine the Great, and Nicholas I had a role in the expansion of the Palace. With over 3 million exhibits, the Palace is an iconic landmark and a must-see tourist destination. The striking highlights of the Winter Palace you don’t want to miss include:

Spanning 135,000 square metres with over 3,000 rooms, the Royal Palace of Madrid is the largest in Western Europe and twice the size of Buckingham Palace or the Palace of Versailles. The palace underwent several renovations after a fire destroyed parts of it in 1734, and the construction of a modern palace took place during the Bourbon dynasty. Among the highlights of this magnificent royal residence are:

So there you have it—the royal residences of the UK, France, China, Russia, and Spain. Now you’re set to immerse yourself in their art and culture and indulge in your dreams of experiencing some old-world extravagance.